Learn about Georgia drug possession laws, sentencing, and penalties. Explore what you may encounter after an arrest for possession of illegal substances in Georgia.

Any arrest related to possession of illegal substances could possibly bring State and Federal charges. If you are under investigation, or have been arrested, for charges related to marijuana, controlled substances, or narcotics you need to contact a drug charges defense lawyer.

How Serious Are Possession Charges?

Any arrest for possession is going to establish a negative record. A conviction, whether it is diversion, plea deal or jury trial, will leave you with a criminal record. A criminal record will almost certainly impair your chances for success in life.

Possession of illegal substances has a wide range of potential consequences. The key factors that influence sentence for any drug possession case are generally as follows:

The power of prosecuting possession arrests in Georgia are the established Drug Schedule and related laws.

What are Drug Schedules? Per the website operated by the Drug enforcement Agency (DEA), “Drug Schedules. Drugs, substances, and certain chemicals used to make drugs are classified into five (5) distinct categories or schedules depending upon the drug’s acceptable medical use and the drug’s abuse or dependency potential.”1

The U.S. Department of Justice, specifically the DEA, offers the following information regarding Controlled Substance Schedules:2

Drugs and other substances that are considered controlled substances under the Controlled Substances Act (CSA) are divided into five schedules. An updated and complete list of the schedules is published annually in Title 21 Code of Federal Regulations (C.F.R.) §§1308.11 through 1308.15. Substances are placed in their respective schedules based on whether they have a currently accepted medical use in treatment in the United States, their relative abuse potential, and likelihood of causing dependence when abused. Some examples of the drugs in each schedule are listed below.

Substances in this schedule have no currently accepted medical use in the United States, a lack of accepted safety for use under medical supervision, and a high potential for abuse.

Substances in this schedule have a high potential for abuse which may lead to severe psychological or physical dependence.

Other Schedule II substances include: amobarbital, glutethimide, and pentobarbital.

Examples of Schedule III narcotics include: products containing not more than 90 milligrams of codeine per dosage unit (Tylenol with Codeine®), and buprenorphine (Suboxone®).

Examples of Schedule IIIN non-narcotics include: benzphetamine (Didrex®), phendimetrazine, ketamine, and anabolic steroids such as Depo®-Testosterone.

Substances in this schedule have a low potential for abuse relative to substances in Schedule III.

Substances in this schedule have a low potential for abuse relative to substances listed in Schedule IV and consist primarily of preparations containing limited quantities of certain narcotics.

Examples of Schedule V substances include: cough preparations containing not more than 200 milligrams of codeine per 100 milliliters or per 100 grams (Robitussin AC®, Phenergan with Codeine®), and ezogabine.

Possession of marijuana, under one ounce, is a misdemeanor. Although a misdemenaor, it can still result in up to a $1,000 fine and one year of incarceration. Being in possession of a Schedule 1 or 2 drugs is a felony offense and sentencing can range from 2 to 15 years on a first offense, longer for second or subsequent offenses.

How Many Grams is a Felony in Georgia?

Are Edibles Legal in Georgia?

In Georgia, ingestible products with any measurable level of THC oil are illegal. This specifically includes, but is not limited to, gummies, brownies, cookies, and other raw or cooked foods.

The State of Georgia is slowly advancing legislation to legalize more THC products for medicinal purposes. The Georgia Senate introduced Senate Bill 609 which would require the medical cannabis commission to begin issuing licenses in 2022.

Regarding progress on legalization, Douglasville State Rep Micah Gravley (R) is quoted in a recent article published on the MarijuanaMoment.com website. Representative Gravley is quoted as saying, “Over the last 10 years, we have realized that there are constituents in just about every one of your districts that need this,” he added. “Yes, it did start out with some children and their parents that came to the balcony, that came to the rotunda, but friends, I will tell you, this affects young and old. Look at the diagnoses that we have in our law. Children don’t get Parkinson’s disease. How many people suffer from MS? Tourette’s? Sickle cell anemia? Ulcerative colitis? There’s a lot of people in this state that will benefit.”3

Any individual convicted of a drug possession crime is subject to the loss of their driver’s license. The severity of the suspension of driving privileges varies. The Findlaw website states the following, “If this is your first conviction there is a mandatory six month driver’s license suspension. Second convictions result in the loss of your license for one year, and third or subsequent possession conviction you lose your license for two years.”.4

How to Beat a Possession Charge in Georgia

Obviously, the first option to explore is whether or not the case can be dropped. This can happen if there was an illegitimate traffic stop, unreasonable search, or other police misconduct. If you are a first-time offender, your chances for leniency are reasonably good. If you have a prior arrest, your case will be more difficult to manage. Because of variables such as the nature of the substance, quantity, and other charges filed, your case may end in probation, diversion sentencing, or incarceration. 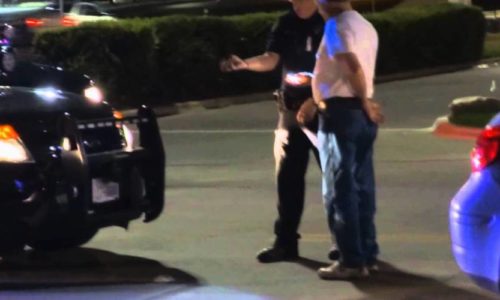