Jennifer grew up in Gwinnett County, Georgia and graduated from Berkmar High School before attending the University of Georgia in 2003. Jennifer graduated Magna Cum Laude with Honors in 2010 with a Bachelor of Business Administration in Finance. After graduation, Jennifer attended the University of Georgia School of Law. While in law school, Jennifer made a name for herself as a fierce litigator. Jennifer was named team leader to the William Daniel Mock Trial Team, was awarded Outstanding Prosecutorial Student of the Year, and was selected to serve in the Lumpkin Inn of Court. Jennifer also served as a teaching assistant to Fuller E. Callaway Chair of Law Emeritus, Ronald L. Carlson, with a focus on evidence and trial practice. Jennifer was admitted to the State Bar of Georgia in 2010 and has also been admitted to the Georgia Court of Appeals and Georgia Supreme Court.

From 2010-2021, Jennifer served the citizens of the State of Georgia and prosecuted major felony cases, the majority of which included child and domestic abuse as well as murder cases, in metro and non-metro circuits, including Walton, Gwinnett, Bartow, Gordon, and Cherokee Counties. During her time as a prosecutor, Jennifer was selected by the Prosecuting Attorneys’ Council of Georgia and local agencies to teach hundreds of law enforcement officers and prosecutors across the State of Georgia on various topics including criminal law, criminal procedure, evidence, and trial practice. Jennifer also had the privilege of assisting on a death penalty case and other high-profile cases throughout various stages of prosecution during her career.

After a decade of prosecuting child and domestic abuse cases, Jennifer knew she wanted to continue to advocate for children and families as she transitioned to the family law practice at Grisham, Poole & Carlile, P.C. in 2021. Jennifer focuses her practice in all areas of family law, including divorce, high asset divorces, child custody, modification of child custody, modification of child support, and legitimation actions. Jennifer also handles criminal cases ranging from traffic tickets to serious felony cases.

When she is not vigorously advocating for clients and their families, Jennifer enjoys spending time with her family and being outdoors. Jennifer lives in Cherokee County with her husband, son, and two dogs – an English Labrador Retriever named Belle and a German Shepherd named Lucca. 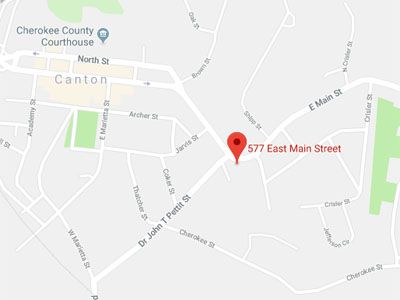