Stand Your Ground & Self-Defense in Georgia

Learn about Georgia self-defense laws that allow for the use of lethal force to protect yourself and others. Explore the parameters for the use of force for protecting your life and property.

Self-Defense, The Basic Right to Protect Yourself

Self-defense is nothing new. From perhaps the very beginning of mankind there has been a need for a person to protect themselves from others. Often, verbal altercations escalate into life-threatening situations. In such situations, a person may be justified in the use of force to protect themselves, others, and property. Simply having a disagreement does not warrant the use of physical force to resolve the matter. This article attempts to explain the stand-your-ground laws in Georgia for the use of force, and provide some understanding of your rights.

What is Self Defense in Georgia

Georgia law is very specific regarding what constitutes “justification”: in the use of force in defense of self or others. The website The Law of Self Defense quotes Georgia law defining justification as, “A person is justified in threatening or using force against another person when, and to the extent that, he/she reasonably believes that such threat or force is necessary to defend himself/herself or a third person against the other’s imminent use of unlawful force. A person is justified in using force that is intended or likely to cause death or great bodily harm only if that person reasonably believes that such force is necessary to prevent death or great bodily injury to himself/herself or a third person or to prevent the commission of a forcible felony.”1. The article further identifies that for prosecution someone alleged to have acted outside of this definition, “The State has the burden of proving beyond a reasonable doubt that the defendant was not justified.”.

Can I Legally Shoot an Intruder?

Can you shoot an intruder? Probably, but a prosecutor may argue otherwise. You may hear terms such as “The Castle Doctrine” and “Stand Your Ground”. Both of these doctrines respect the right of an individual to administer reasonable means for self-defense. Georgia is a Stand Your Ground state, meaning your rights as to where you may defend yourself is virtually unlimited. Unlike the Castle Doctrine, you can defend yourself beyond your home, vehicle or place of employment.

Are There Any Legal Risks?

In a matter of self-defense you may have certain legal exposure. Georgia self-defense laws and a Georgia criminal defense lawyer, can protect you from criminal charges. Even if you are not charged with a crime, the other party may file a civil action lawsuit against you. Again, your lawyer can help you fight any lawsuits.

Stand Your Ground Laws in Georgia

Stand Your Ground laws effectively recognize the right of an individual to legally resist an attack by any reasonable means. Basically, an individual who feels physically threatened by another individual is not obligated to retreat or disengage in lieu of using force against a potential or actual attacker. In Georgia, this perspective is not limited to a particular space. This means a person has the stand your ground authority anywhere they may become threatened or assaulted. If a person is deemed to then reasonably believe that force is required to terminate an attack, then it is justified in the eyes of the law.

How Does Stand Your Ground Apply to Me?

Hopefully, you will never be faced with a situation where you need to stand your ground in Georgia. To be on the safe side, it would be wise to have an understanding of how this law plays out in real-life situations. While Stand Your Ground allows you to defend yourself in a non-lethal manner, it’s the greatest protection for you is when lethal force has been used.

Lethal force, also known as deadly force, is that which is intended to or likely will cause death or extreme bodily harm. Lethal force should be used only when a person has a reasonable belief that lethal force is required to prevent death or extreme bodily harm to themselves, a third person, or to prevent a forcible felony such as home invasion, armed robbery, rape, etc. In an article in the Albany Herald, Georgia Sheriff Kevin Sproul gives this example, “What the Georgia law allows is for a civilian who, through no fault of his own, finds himself faced with another person’s unlawful use of force, to resist rather than run away. This does not mean the resistance is always the smartest thing to do; it just means that it is allowed. Furthermore, such resistance must also be in compliance with the law. For example, if a female in a dark parking lot is accosted by a male with a knife who attempts to steal her purse, she may use deadly force to stop the attack. However, if he has already stolen her purse and is now running away, she may not use deadly force to prevent him from getting away because while fleeing he is no longer an imminent threat to her.”.2

Georgia does not apply The Castle Doctrine in matters of self-defense. Truthfully, Stand Your Ground laws are vastly superior for protecting the rights of non-criminal individuals. What is The Castle Doctrine? Per Wikipedia, “A castle doctrine, also known as a castle law or a defense of habitation law, is a legal doctrine that designates a person’s abode or any legally occupied place (for example, a vehicle or home) as a place in which that person has protections and immunities permitting one, in certain circumstances, to use force (up to and including deadly force) to defend oneself against an intruder, free from legal prosecution for the consequences of the force used. A person may have a duty to retreat to avoid violence if one can reasonably do so. Castle doctrines lessen the duty to retreat when an individual is assaulted within one’s own home. Deadly force may either be justified, the burdens of production and proof for charges impeded, or affirmative defense against criminal homicide applicable, in cases “when the actor reasonably fears imminent peril of death or serious bodily harm to him or herself or another”.[1] The castle doctrine is not a defined law that can be invoked, but a set of principles which may be incorporated in some form in many jurisdictions. Castle doctrines may not provide civil immunity, such as from wrongful death suits, which have a much lower burden of proof.”3

When Do These Rights Not Apply?

Stand Your Ground laws do not give a person the right to take the law into their own hands or otherwise leverage the use of force in an unlawful manner. Specifically, Georgia self-defense law states; A person is not justified in using force if that person

Protection and Brandishing a Weapon

Think twice before displaying a firearm in a way that may be deemed threatening. There is a relatively fine line between utilizing a weapon for self-protection and brandishing a weapon. Brandishing a weapon is a crime (felony aggravated assault). In a March 3, 2020, article in the Atlanta Journal-Constitution, Georgia State Senator Harold Jones is reported to have stated, “under current law, prosecutors must prove murder is the intent of someone showing or pulling a gun before he or she can be found guilty of aggravated assault.”4

LEGISLATIVE UPDATE: Some Georgia legislators continue to work on modifying existing self-defense laws. A proposed amendment to Georgia self-defense law, Georgia SB 244, that would make it legal for a gun owner to pull or show their firearm during a dispute as long as he or she doesn’t “aim it offensively” at someone. This bill was not passed by the Georgia General Assembly in 2020.

Deadly Force used by law enforcement should not be confused with criminal actions by rogue cops. Unfortunately, the use of deadly force is sometimes part of apprehending violent criminals. The laws in Georgia for police to use deadly force are very specific, and officers are trained on legal and field aspects of deadly force.

Self-defense regulations and laws for law enforcement personnel are understandably different than Stand Your Ground laws. Regarding the use of deadly force by law enforcement, OCGA 17-4-20 (b) states the following:

Sheriffs and peace officers may use deadly force:

Facing weapons charges? Legislation, judicial interpretation, and settled cases can affect your Rights in Georgia. For answers to questions, please contact a criminal defense lawyer at our law firm. 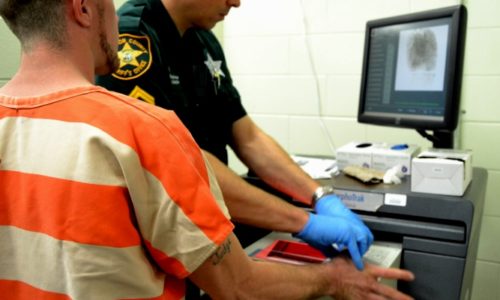 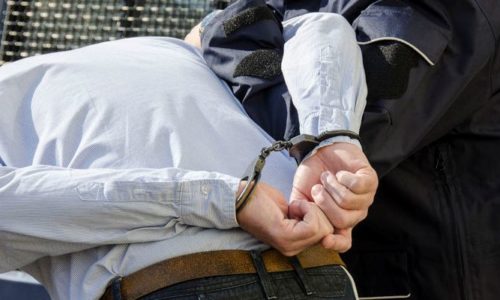