Probable Cause vs. Reasonable Suspicion

When probable cause crops up during legal situations, it is referring to a reasonable conviction that someone has or intends to commit a crime. For it to be in effect, a law enforcement officer must have adequate knowledge of information to justify the belief that the person they suspect is committing a crime. For it to stand up in court, the belief must have a factual basis. It can’t just be the officer’s suspicion as this violates the person’s rights. To make the determination that a police officer had cause, the court assesses whether an objective person would believe that the individual participated in a criminal act.

Probable Cause Versus Reasonable Suspicion

To stop a person and examine him or her, officers only need to have a reasonable suspicion. Examples of this include if they believe that an individual is armed and presenting an immediate threat to others or driving under the influence of drugs or alcohol. For officers to make an arrest or gain access to a warrant, probable cause is required.

What is the Standard for Probable Cause?

According to the United States legal system, probable is the criterion officers use to acquire an arrest or search warrant for someone suspected of criminal activity. To employ it, a law enforcement official must have an acceptable degree of doubt that is supported by circumstances, ones that justify the belief that particular facts are most likely true.

The probable cause standard is in place to prevent law enforcement agents from abusing their power by performing abusive searches or ones done at random. Probable suspicion also promotes the legal collection of gathering evidence. It helps those who work in criminal law prosecute the accused. The failure of police to adhere to proper procedures is often a way that criminal defense lawyers can get charges reduced or dismissed.

What is Reasonable Suspicion?

When Does a Police Officer Have Probable Cause During a Traffic Stop?

Examples of when a cop has probable suspicion during a stop include violating basic traffic laws such as a broken tail light or failing to stop for a red light. Most people violate several traffic laws almost anytime they drive. For an officer to have probable cause to search vehicle in Georgia, officers must build their suspicious belief so that it falls into the probable category by proving that a violation has been committed. If they’re unable to do so, then they must release the detained person in a reasonable time period. Failing to do so violates the detainee’s rights.

Another example is a police officer observes a car moving erratically and believes the driver may be impaired. The officer initiates a traffic stop and uses established field practices for the purposes of determining sobriety. If the driver fails and is placed under arrest, the officer may search the car for evidence to support DUI charges (i.e., open containers, pill bottles, drug paraphernalia, etc.). When evidence of this nature is found during a search it can make it difficult for even the best DUI lawyers to fight the charges.

When Can Law Enforcement Rummage Through Your Vehicle?

Law enforcement officials usually need a warrant to conduct an examination of a person’s body or his or her property. When it comes to a traffic stop, they only need probable cause to do a legal exploration of the vehicle, meaning that they have some evidence or facts proving that a person is involved in a crime. Basically, a law enforcement agent’s hunch without proof of illegality isn’t enough for him or her to look through a car legally. Before rummaging through a vehicle, the officer would have to observe something illegal. Examples of this are seeing or smelling an illegal substance. An admission of guilt by the person driving the car is another situation in which an officer can legally examine a car.

Keep in mind that while minor traffic violations permit reasonable suspicion, they are not included in the probable category. Can people stop officers from searching their cars? Just understanding how the system works won’t be enough to prepare a driver for the pressure and confusion that’s likely to come with an actual encounter with law enforcement, one in which law enforcement suspects a crime. Most cops are able to use the possibility of one as an examination requirement. Drivers should remain calm, stay silent and state that they have the right to refuse the assessment. Doing so may help the person once he or she sees a judge.

About Illegal Search and Seizure

American citizens have protection from unreasonable property and person searches under the Fourth Amendment of the United States Constitution. Law enforcement officials illegally examine a vehicle when the initial stop is not done according to the law. Officers do not have the right to look for something illegal inside a car following a traffic violation. However, per Georgia search and seizure laws, law enforcement agents are permitted to arrest a driver for committing a minor traffic violation. Once the person is arrested, their vehicle will be removed by an impound towing company. Before the car is hauled away the police can complete an inventory assessment of the property in the vehicle. The search’s legality in this situation will still depend on the facts of the case, which is a common loophole used by law officials.

What Are My Rights During a Traffic Stop?

During a traffic stop, neither the driver or a passenger are required to answer any questions. Along with this, the person stopped has the right to challenge whether the stop was done legally. Also, if law enforcement agents searched the vehicle after stopping the driver, then the accused may challenge the legality of the examination. Overall, Georgia residents have the right to be free of any illegal or unreasonable searches made by law enforcement agents. 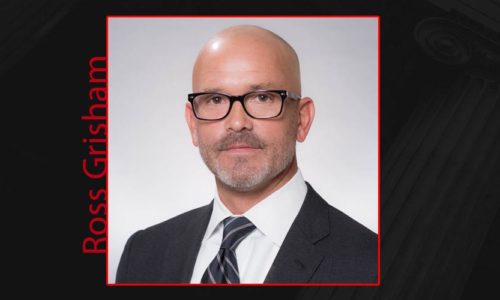